Sri Mariamman Temple, built in 1843, is the largest Hindu temple in Singapore. 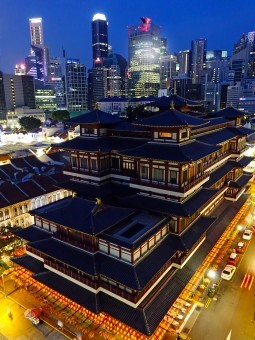 Singapore is a multi-religious country, the roots of which can be traced to its strategic location; after its declaration as a port, a wide variety of nationalities and ethnicities from places as far as Arabia immigrated to Singapore.

As a result of this diversity, there are a large number of religious buildings including Hindu temples, churches and mosques, some of which have great historical significance. There are also some Sikh temples and Jewish synagogues. These interesting buildings often became prominent architectural landmarks in cosmopolitan Singapore.


A selected list of religious sites in Singapore include:

In addition, about 14% of Singaporeans do not belong to any religion and consider themselves as "free-thinkers".

Racial harmony is an important concept in Singaporean society. Briefly shaken by the racial riots in Singapore's history during the 1960s, it emerged stronger after independence and is seen as a cornerstone of Singapore's culture today. 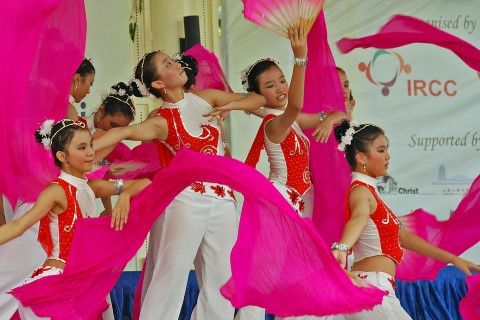 Religious tolerance has been strongly encouraged since the British colonised Singapore; the Sri Mariamman Temple (a south Indian Hindu temple that was declared a national heritage site in the 1980s), as well as the Masjid Jamae Mosque that served Chulia Muslims from India's Coromandel Coast is situated along South Bridge Road, which is a major, and old road that runs through Chinatown. Among other religious landmarks is the Church of Gregory the Illuminator, that was built in 1836, making it one of the oldest religious buildings in Singapore. It has been preserved to the present day, and Orthodox services continue to be held in it. Although orthodox religions are tolerated, some groups are banned, including Jehovah's Witness, which opposes Singapore's policy of national service.