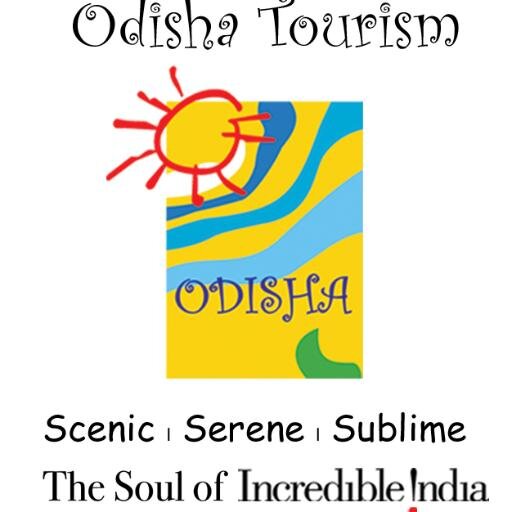 Odisha is home to a rich culture and heritage. There are a number of monuments and destinations in Odisha that make the state one of the popular tourist destinations in India. Besides the natural beauty, there are a number of religious (sacred) places in Odisha that are closely related with Hindusm, Buddhism and Jainism. The grand architecture and sculpture of Jagannath temple, Lingraja temple, Mukteshwar temple and the Sun temple leave the visitors spellbound. Events like the holy Jagannath Rath yatra in Puri attract a large number of devotees every year. In addition to the above mentioned tourist attractions there are many other popular spots in Odisha, which are worth visiting!

Bhubaneswar
Bhubaneswar, the capital city of Odisha, is situated in its eastern side. The city boasts of majestic temples and shrines, which form a major part of its tourist attractions. It serves as the perfect example of the fusion of age-old customs and traditions and modern aspirations. This is one of the basic reasons why tourism is Bhubaneshwar is gaining momentum day by day. People are coming to the city from various parts of India as well as the world to witness it unique splendor.

Konark
Located at a distance of nearly 65 km from Bhubaneswar, Konark city is famous throughout the world for its magnificent Sun Temple, which is dedicated to Surya, the Sun God. It is one of the three cities that form the Golden Triangle of tourism in Odisha. Konark is a city that is well known for its architectural wonders. Besides the numerous temples and maths, its other major attraction is the Konark Beach, one of the most enchanting beaches of India.

Puri
Puri, known as the dwelling place of Lord Jagannath, is one of the most visited tourist destinations of India. It is situated on the eastern side of Odisha and lies about 60 km away from the capital city of Bhubaneswar. The major attractions of the city comprise of its marvelous temples and gorgeous beaches. There are four sacred Hindu Dhams in India and Puri is one of them. The city is also known as 'Jagannath Puri', 'Martya Vaikuntha' or 'Sri Purusottama Dham'.

Jagannath Temple
Jagannath Temple is one of the most renowned as well as the biggest temples of Odisha. Established in the 12th century, the temple is dedicated to Lord Jagannath (Lord Krishna), Lord of the Universe. The credit for laying the foundation of the Jagannath temple of Puri goes to Raja Ananta Varman Chodaganga Dev. The temple is located at a distance of 60 km from Bhubaneswar, on the coast of Bay of Bengal, and is greatly revered by the devotees following the Vaishnava traditions.

Rath Yatra
Rath Yatra, which is also known as the Chariot Festival, is one of the most prominent festivals of Odisha, which is celebrated in the holy city of Puri. 'Rath Yatra' has derived its name from the words 'Rath', meaning 'Chariot', and 'Yatra', meaning 'Procession'. This festival is celebrated with gusto in almost every part of the country. However, it was initiated in Jagannath Temple and it still attracts devotees from different parts of India. Jagannath Puri Rath Yatra is a very colorful festivity, in which people participate enthusiastically.

Udaigiri
Udaigiri, along with Ratnagiri and Lalitagiri, forms the Buddhist Triangle in India. The city is situated in the state of Odisha and holds the distinction of being its largest Buddhist complex. Excavations are being carried out at the site by the Archaeological Survey of India, since quite a long time. The most recent ones led to the unearthing of a monastery, by the name Madhavapura Mahavihara. This monastery is adorned with a large number of Buddhist sculptures, which are definitely worth having a look at.

Ratnagiri
Ratnagiri is a splendid Buddhist site that comes under the Jajpur district of Odisha. It is situated at a distance of approximately 100 km from Bhubaneswar and 70 km from Cuttack. The site, situated on a small hill, stands surrounded by rivers from all the sides. As you climb up to Ratnagiri, you will come across magnificent views of vast plains, full of lush greenery. Excavations were carried out at the site and they led to the unearthing of two large monasteries, one of them being Sri Ratnagiri Mahavihara Aryabhikshu Sangha.

Udaigiri & Khandagiri Caves
Some of the popular caves in Khandagiri include Akshay Ganga, Gupta Ganga, Shyam Kund and Radha Kund. One of the most interesting caves is the 24-Tirthankaras Cave. It contains the carvings of the twenty-four Apostles of Jainism, on the monolithic stones. There is another fascinating cave known as the 'Ganesh Cave'. Udaygiri & Khandagiri caves are one of the famous tourist attractions near the Bhubaneshwar city of India today.

Dhauli Hill
Dhauli Hill, one of the most visited Buddhist pilgrim destinations in India, is situated in the state of Odisha. It is located in the Khurda district, at a distance of approximately 8 km from Bhubaneswar. The hill represents the place where, after witnessing the carnage of Kalinga War, Emperor Ashoka relinquished war and adopted Buddhism. Serving as a proof of this renunciation are the edicts of the Emperor, which have been preserved here.

Lingaraj Temple
Lingaraj temple is one of the most popular temples of Odisha. The temple is dedicated to Lord Shiva, also known as ‘Lingaraj’. It is adorned with beautiful sculptures, which have been carved on the spire. Lingaraja temple is approximately 54.8 metres high and enshrines a huge statue of Lord Shiva, made up of granite. The idol is 8 feet in diameter and is placed on a platform that is about 8 inches above ground. The deity is bathed everyday with water, milk and bhang (marijuana).

Konark Dance Festival
Konark Music and Dance Festival is one of the most rocking festivities of Odisha, celebrated with much gusto and enthusiasm. It usually takes place in the month of December. The open-air auditorium of the Konark Sun temple serves as the venue of this wonderful festival. Konark Dance Festival is organized to promote the classical dances and music of India. It witnesses many exceptional performances by established performers as well as novices, who come here from the different parts of the country.

Chilka Lake
Lying on the eastern coast of Odisha, Chilka Lake is one of the most sought after tourist attractions near the holy city of Puri. The source of the lake is the Mahanadi River, which drains into it. Chilika Lake is one of the largest lakes in not only India, but also Asia and stretches over an area of 1,100 sq km. It is a very popular picnic spot and provides ample opportunities for boating, fishing and bird watching. If you just want to relax and soak the sunrays, this is the perfect place for you.